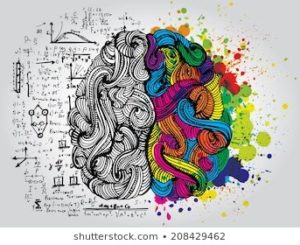 In today’s blog I will be going more in depth about mental health which is especially important during lockdown. After a recent study I can confidently say that socialisation is essential to the human mind, studies show that without it a person will have undeveloped parts of their brain such as the cognitive and social development parts. Experts have even said how those who are ‘assertive’ and ‘talkative’ when socialising are more likely to feel happier.

This has been evident to me in many situations, a few examples would be:

Another example would be the recent conversation I have had with Sarah (16 year old). We were discussing how lockdown had affected her and to paraphrase and summarise, this is what she has said:

‘I initially thought lockdown was a good thing for me because I wasn’t revising effectively for my GCSEs and so I was under a lot of pressure especially because I forced myself to stay indoors and revise nonstop. This meant I neglected things such as family and the idea of relaxing. So, initially lockdown really helped me just relax; however, I then began to worry about my GCSE grades because it controlled what sixth form I would be going to and in turn my future. I didn’t do my GCSEs and so I couldn’t reassure myself that I would get a good grade based on my answers to certain questions. All the time off education also made me feel useless and as if I had no purpose. It wasn’t all bad though! I spent the majority of it working out and doing self care which I rarely do during the school periods.’

Humans in nature, adapt to their surroundings… and this is why it is vital not only to be surrounded by positive people who will share their happiness with you but also to focus on yourself and your health. I would recommend looking at motivational YouTube videos. A recent one I have watched has stated that a cure to depression is exercise. This is because it releases endorphins which your brain associates with happiness. You hear it all the time and yet you still don’t do it. Take time out of your day, to focus on yourself and ONLY yourself. Just exercise. And make it a habit.

Mass is said daily in the Benefice, usually at 7.30am at St Mary Magdalene’s. Please check details in the church porch, or email.
Full details contact Henry Everett

We use cookies on our website to give you the most relevant experience by remembering your preferences and repeat visits. By clicking “Accept All”, you consent to the use of ALL the cookies. However, you may visit "Cookie Settings" to provide a controlled consent. Read More
Cookie SettingsAccept All
Manage consent